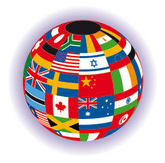 UNITED STATES.  Phoenix real estate rises with Canadian buyers.  Bob Major returned to Phoenix in October in search of more bargains like the four empty houses he purcahsed in 2010.  The retired builder from Vancouver instead found real estate about 20 per cent higher and stiff competition.  "There's been an extreme turn" Major, 66, said in an interview at a Chandler, Arizona pizzeria, sitting beside his wife, Wendy.  "We put bids on thirty properties and only got two."  The Phoenix housing market, down 55 per cent from peak values with more than two-thirds of borrowers owing more than their properties are worth, is starting to recover as demand grows and inventory shrinks.  Sales rose in November for the 12th straight month on a year-over-year bases, and distressed real estate accounted for the smallest share of purchases since 2008, according from research from DataQuick. Low prices attracted flocks of Canadians taking advantage of 28 percent currency gain versus the U.S. dollar since March 2009--and winters with an average high of 19 degrees Celsius.  Canadian edged out of Californians last year as the largest group of outside buyers, with 4.2 percent of purchases.

AUSTRALIA'S love affair with property is about to be tested. Right now is not a time to be buying real estate in Australia. Residential prices are likely to fall up to 60 per cent, possibly even more, within five years. Artificially low interest rates, high loan-to-value lending practices, overinflated property prices, unrealistic vendor expectations and Australia's large number of second mortgages. Prices will be on a slippery slope next year when interest rates begin to rise, commodity prices peak and China's demand for Australian exports slows. US economist Harry Dent recently said Australian house prices were 50 per cent overvalued. Sydney real estate agent Charlie Bailey of Ray White Inner West believes there will not be a burst because there is no bubble. "In Sydney, we have 20,000 people a week looking for accommodation and not enough supply. “I can't see the city's housing infrastructure changing any time soon so a prediction of a 60 per cent fall in property prices is a big call."  In recent years, Australian cities have experienced Vancouver-style real estate booms, with housing prices soaring from Sydney to Melbourne.  Like Vancouver, buyers from China help drive Australia’s speculative real estate market. Faced with mounting public pressure, in 2010 the Kevin Rudd government introduced strict regulation aimed at foreign ownership.  Under the new rules, the Foreign Investment Review Board (FIRB) screens foreigners (including temporary residents and students) to determine their land purchase eligibility. Foreigners can’t buy existing properties and must build on vacant land within two years of purchase or face government-ordered sale.  Scofflaws face capital gains confiscation.  Finally, before foreign homeowners leave Australia, they must sell.

CHINA’S Evergrande Real Estate Group Ltd, the second-biggest developer in China by sales value, on Monday forecast flat 2012 sales and said the wider property market would be gloomy in the first quarter, with no improvement until after the Lunar New Year in late January. The developer and many of its peers reported sharp double-digit annual drops in sales in December as the mainland Chinese property market felt the pinch from the central government’s efforts to lower home prices and restrict property purchases.  Annual growth in real-estate investment in China, a main driver of the economy, slowed in December to its lowest pace in a year, falling in tandem with property sales revenues, but analysts predict the worst is yet to come.  A Reuter’s poll last week showed that analysts expect average home prices in China to fall between 10 and 20 percent this year, with the biggest declines in major cities such as Beijing as well as highly speculative markets of Ordos and Wenzhou.

Canada’s real estate market is growing at a snail’s pace, reinforcing hopes the housing sector will glide to a soft landing instead of crashing.  There are two key concerns hanging over the housing market: the level of real estate prices in Vancouver and the condominium construction boom.  Neither of those markets has shown signs of a catastrophic decline, even though some people have been predicting it for years.

VANCOUVER is starting to feel the effects of a slowing real estate market on its overall economy, despite continued population and job growth.  The city continues to enjoy above average population growth, while the pace of job creation and level of employment quality are well above the national average.  While improving recently, the unemployment rate is relatively high, just one tick below the national average, while the pace of real estate activity is starting to slow.

VICTORIA.  With all the doom and gloom we hear about one may wonder how real esate and the Victoria economy in general is doing.  Victoria and Victoria Real Estate have always held up pretty good compared to the rest of the contry.  A recent article in the Times Colonist by Andrew A. Duffy reads:  Though the city has seen its economic momentum slow.  Victoria's diversified economy has insulated it from feeling the brunt of the global financial slowdown, according to a report from CIBC World Markets.  The Metrolpolitan Economic Activity Index showed Victoria with a score of 13.6 ranked seventh among 24 Canadian cities, sandwiched between Calgary at 13.9 and Kitchener, ON, at 13.2.  "The momentum in Victoria is starting to slow down, but the level of activity in Victoria is still relatively OK," said Menjamin Tal, senior economist at CIBC World Markets.  "It says to me that Victoria has been able to maintain its position for a while now without losing big momentum, and that reflects clearly it has a fairly diversified economy and is not a slave to the value of the dollar or oil prices."

Beijing:  The most expensive apartment ever built in the country.  The luxury penthouse apartment of more than 1,000 sq m is on sale for Rmb300,000 per sq m, or a total price tage of more than Rmb300m ($46.2m), according to an unnamed representative of the developer.

I hope you find this helpful. Once in a while I post information that is sent to me from the President of PacWest International Management, Mr. Jim MacNaught.  Please stay tuned for more real estate updates...

What truly sets the Greater Victoria region apart is its unique combination of economic opportunity and its superior quality of life. Entrepreneurs with ventures of all sizes comprise more than 17,000 businesses in the region. Technology, tourism, marine, health and service industries are all thriving sectors, and the region has become a world leader in environmental services and technologies, with world-class research activities in the field.

As Canadians enter 2012, a report from the BMO Retirement Institute - Where do Canadian plan to retire, and why? - has found that Victoria, British Columbia is Canada's hottest retirement destination for Boomers.

According to the study, conducted by Leger Marketing for the BMO Retirement Institute, Canadian Boomers chose Victoria, B.C. as the number one spot to retire within Canada (15 per cent). "With its mild climate, breathtaking scenery and outdoor lifestyle, it's no wonder that so many Canadian Boomers have chosen Victoria as the ideal place to retire," said Tina Di Vito, Head of the BMO Retirement Institute. "Additionally, a good portion of Victoria's population is over 65 years of age and there's a strong health care network in the region; this adds to its appeal for Canadians considering relocating upon retirement.“  Source BMO Jan 4, 2012

"Numerous multi-family projects are currently flowing through the construction pipeline (this includes the planning and development approvals stages) across the CMA. Multi-family construction activity will remain consistent with the ten-year average for the CMA," said Travis Archibald, CMHC Senior Market Analyst, "while competition from a well-supplied resale market is expected to keep single-detached housing starts below their historical average both this year and next."

After moving into buyers' territory in 2011, balanced resale market conditions are expected to return in 2012, as the demand for existing homes picks up and resale supply edges down. As a result of buyers' market conditions, the average MLS® price is forecast to decline 0.9 per cent in 2011 to $500,000, before increasing to $505,000 in 2012.  Source CMHC